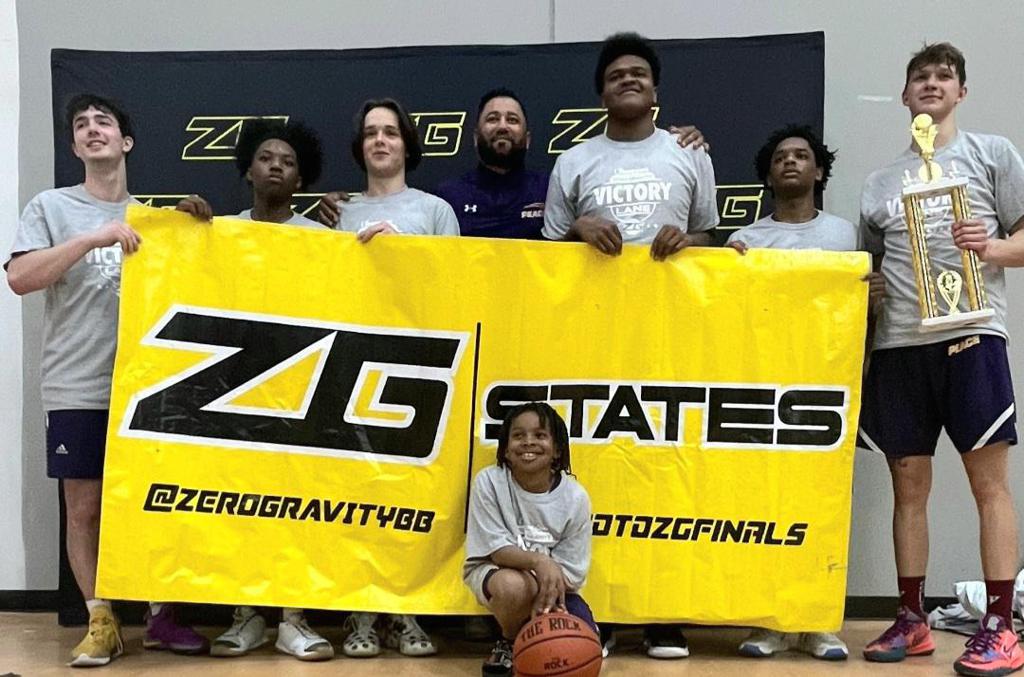 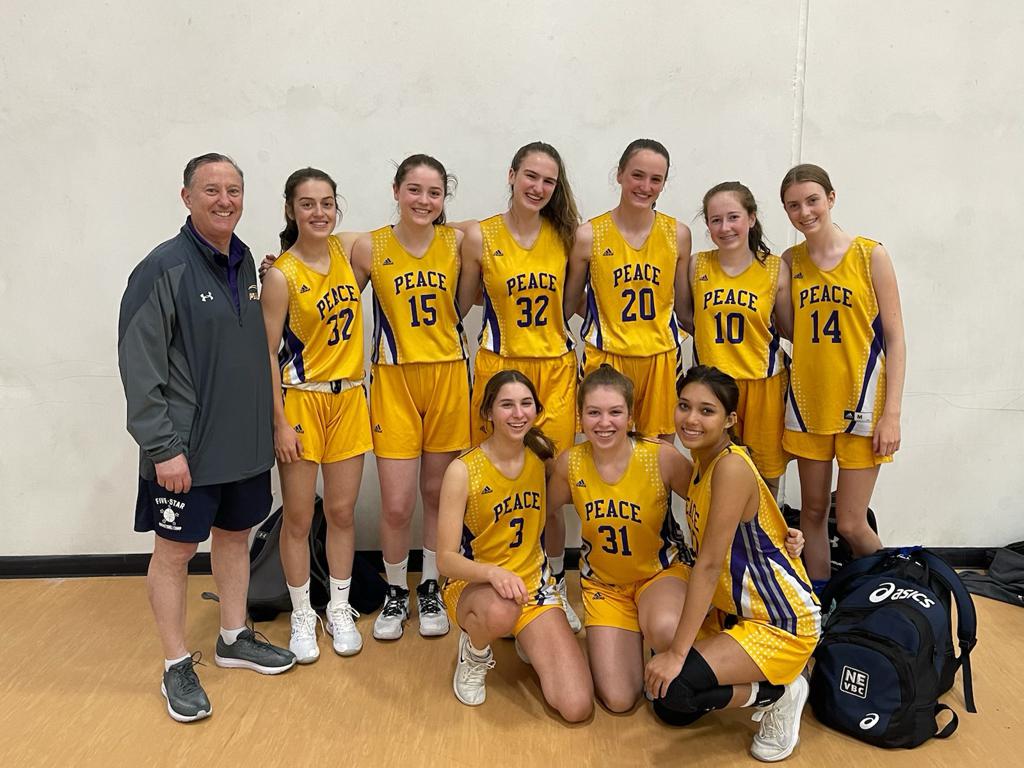 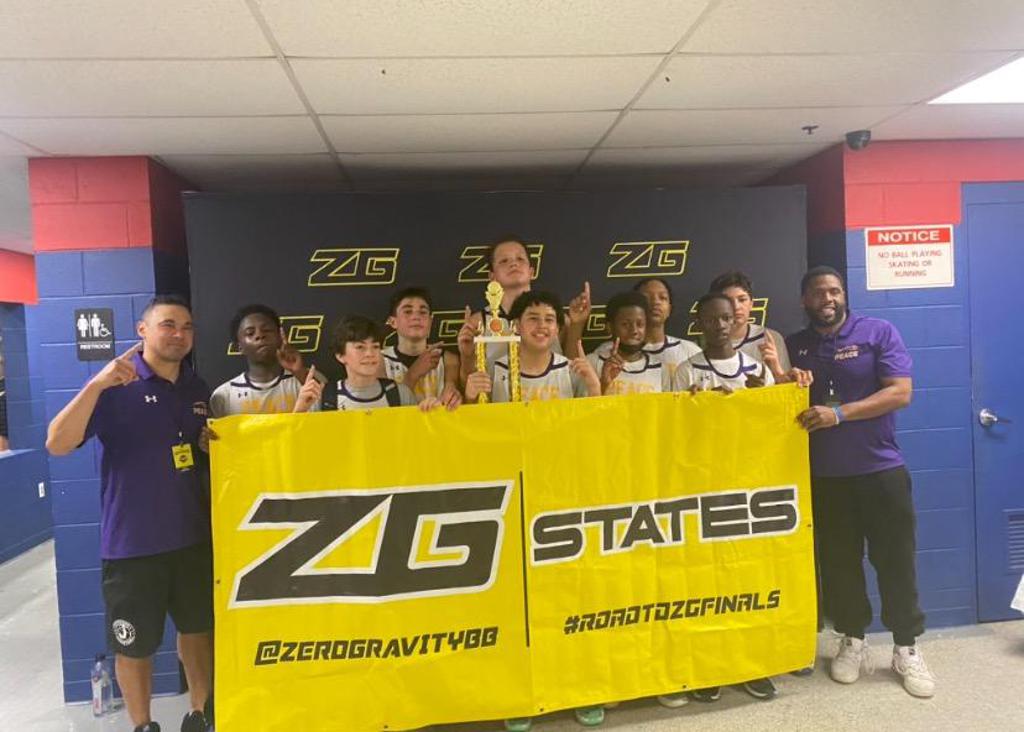 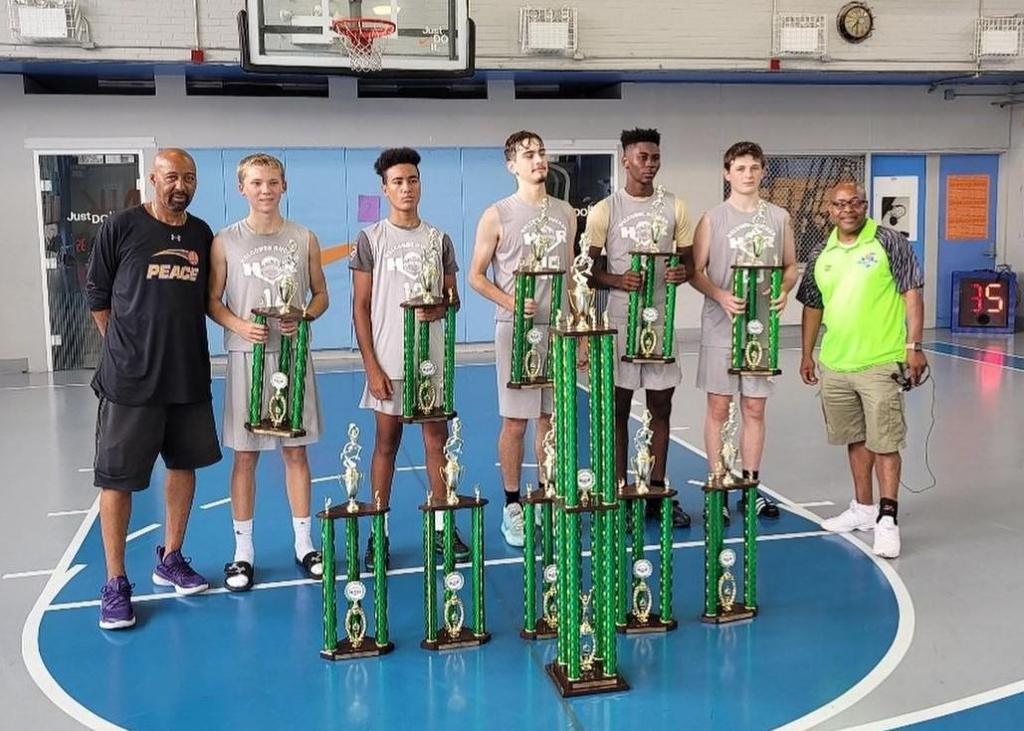 PEACE offers a first-rate basketball educational experience emphasizing the development of strong fundamentals and high quality competition, as well as establishing a culture of excellence among our players and in our overall approach to the game. PEACE is built on a foundation consisting of teamwork, discipline, leadership, and sportsmanship. Rather than focusing exclusively on wins and losses, the goal of PEACE includes using the game of basketball as a vehicle through which to positively influence young people within Stamford and other lower Fairfield County communities towards academic achievement, community service, and other life skills.  As a nationally elite program, PEACE’s spring/summer AAU travel schedule includes some of the most competitive age-group tournaments and college showcase events in the United States.

Academic Policy- Stamford Peace Basketball Club is deeply concerned with the academic performance and conduct of its players. As a condition to playing with Stamford Peace, participants are required to submit a copy of their report card or other academic progress reports, which are then reviewed to identify those in need of individualized academic support.

Teams/ Age Group(s)- . Eligibility is determined based upon a player's grade in school (for Spring/Summer 2021 as of August 31st), subject to certain age exceptions, which may allow a player to play at a lower grade level than his or her current grade.

Depending upon the level of interest we receive from both players and quality coaches in the area, Stamford peace may add more or different teams and age groups as we see fit.

Coaching Philosophy- Despite different coaching styles among coaches within the program, the general philosophy of Stamford Peace- focusing on high-level competition, training and instruction, with an emphasis on strong fundamentals, defensive intensity and unselfish play- plays a central role throughout the program. In addition to Coaches K and Latta, Stamford Peace is fortunate to have the involvement of numerous high-quality and experienced coaches from around Stamford and its surrounding areas.

Try-outs- Try-outs are usually held over a 2 day period around the end of January / beginning of February in each year. Tryouts are intended to offer our players a fair process by which coaches can evaluate skills and experience levels, as well as to assess a player's potential fit within the Stamford Peace Program. The degree to which a given player may benefit from the general life skills component of our program may also be considered; however, a player's basketball ability always remains a paramount consideration. Players are not required to attend every tryout, but may be at a disadvantage- all other things being equal- over players who have been in attendance more consistently. Players selected to make a Stamford Peace team will be notified promptly following the final tryout date for such team, at which time his or her full registration package (including a registration form, birth certificate, and most recent school report card or other academic progress report) will be due. In Coach K's and Coach Latta's sole discretion, players may be invited to participate as a member of more than one team.

Number of Players- Generally, teams will carry no more than 10-12 players (with potential alternates being named as well), mainly to provide a reasonable cushion against a player(s) not being able to make a given game; as well as to ensure high quality competitive practices.

Registration Info/ Code of Conduct- Registration must be completed online at www.peaceyouthct.org. Ideally, program participants will submit their fully completed registration forms prior to each team's initial tryouts. Registration forms generally seek the following information, including: for each player, his or her name, address and telephone number(s); school and academic grade; and uniform size and number preference; as well as parent(s)'/guardian(s)' emergency contact information. Upon being accepted to a team, each player must submit a copy of his or her birth certificate, and most recent school report card or other academic progress report.

Most importantly, all players and their parents/guardians must sign a pledge confirming their willingness to adhere to (and support) all rules and responsibilities of the Stamford Peace Program, including with respect to their attendance at practices and games, and exemplary conduct at school, at home and in their communities. Players who fail to honor their commitment to the program may face disciplinary action, up to and including the possibility of extra in-practice running, benching, suspension and/or full dismissal.

Registration Fee-  Historically, Coaches K and Latta have underwritten a majority of the costs of the Stamford Peace Program, as well as for each team. While this remains the case today, each players pays a registration fee of $800 for the elementary teams and $900 for middle school teams and $1200 for High School teams. Participants in the Stamford Peace Program (and their families) are expected to assist with fundraising, merchandise sales, and other solicitations to help even further defray our program costs. Stamford Peace hopes to pursue broader sponsorship opportunities from among local businesses and personal contacts within the program. If you have any questions with respect to sponsorship, please do not hesitate to contact us.

Uniforms and Equipment- We hope that wearing PEACE "purple-and-gold" becomes a major source of pride for all program participants. With that in mind, we have spared no expense in custom designing and purchasing professional quality home and away game uniforms for all players. A $100 refundable deposit is required for all uniforms. These uniforms remain on loan to all participants; players are responsible for any lost or damaged uniforms, or any uniforms that go un-returned by them at each season's end.

Practice Schedule- Stamford Peace teams practice at least two afternoons or evenings per week- presently at the Yerwood Center. In addition, from time to time, individual coaches may schedule other practice(s) as they deep appropriate in preparation for particular games or tournaments.

Attendance at practices is mandatory. While it is understood that scheduling conflicts or other activities or events may arise from time to time, players are responsible for notifying their coaches as far in advance as possible of any expected (or unexpected) absences.

Consistent with Stamford Peace's broader educational focus, participants in the Stamford Peace program are strongly encouraged to complete any homework assignments and/or other academic work prior to attending their practice on a given day. See Academic Policy Statement.

Games/ Tournaments- Each Stamford Peace team expects to participate in somewhere between 5-8 tournaments per season- an average of three every 4-5 weeks. Most tournaments involve 3-5 weekend games; which are played at host sites throughout New England and the New York Metropolitan area. As performance merits, individual teams may enter tournament(s) beyond the Connecticut and New York regions, which could involve more significant travel and overnight stay. For example, teams that achieve success in the Connecticut State Championships, which usually take place at the end of June (beginning of July) at locations usually in the Midwestern or Southern region of the U.S. We will strive to get out to players and parents each team's practice/game/tournament schedule as early in each season as possible. Schedules will also be posted to each team's "calendar" on the Stamford Peace Website.

Playing Time- Allocating playing time on any select team is not easy. As a general proposition, Stamford Peace coaches play those players who they believe provide their team the best opportunity for success; and who otherwise reflect the values of the Stamford Peace Program in terms of attitude, commitment and talent. Nonetheless, in most games coaches do strive to get all of a team's players at least some playing time.

Season Length- The official AAU season typically runs from mid- March until the first or second week of July. In past years, Stamford Peace teams and players have sometimes participated in summer leagues, or attended summer basketball camps or clinics together. This remains a possibility for the future.

Peace Ilegomah – U of Evansville 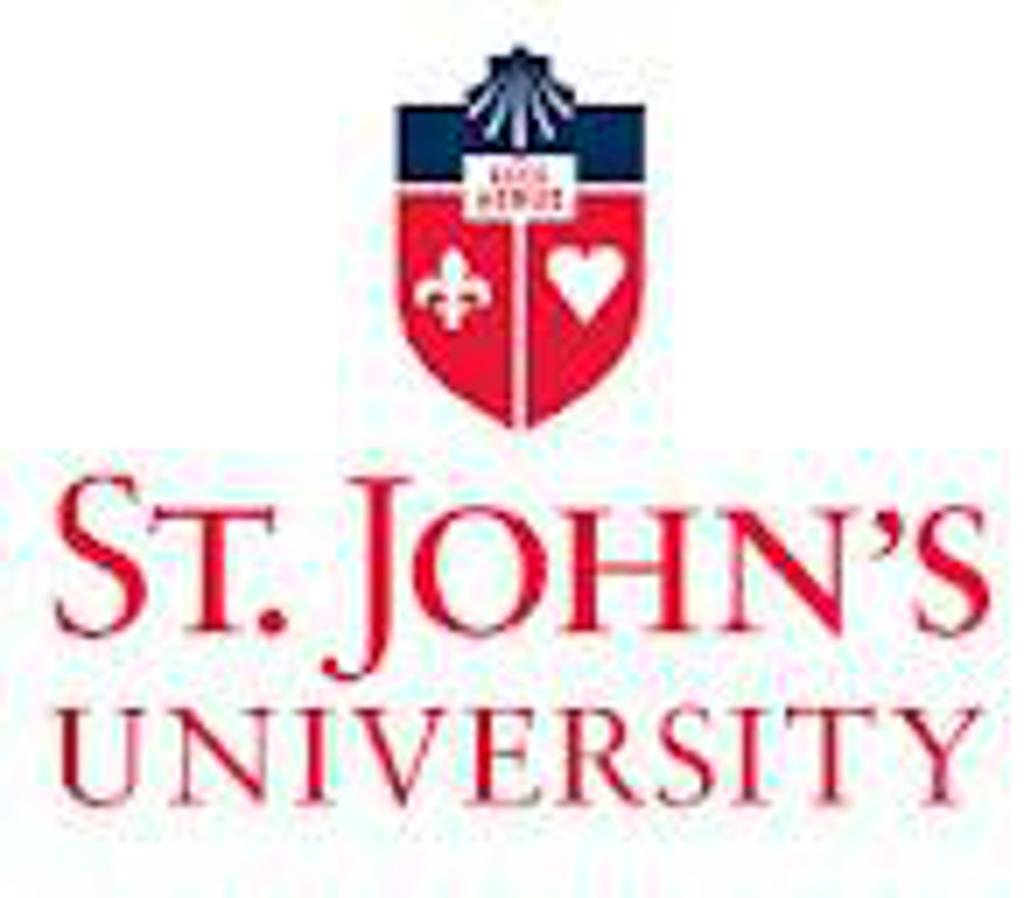 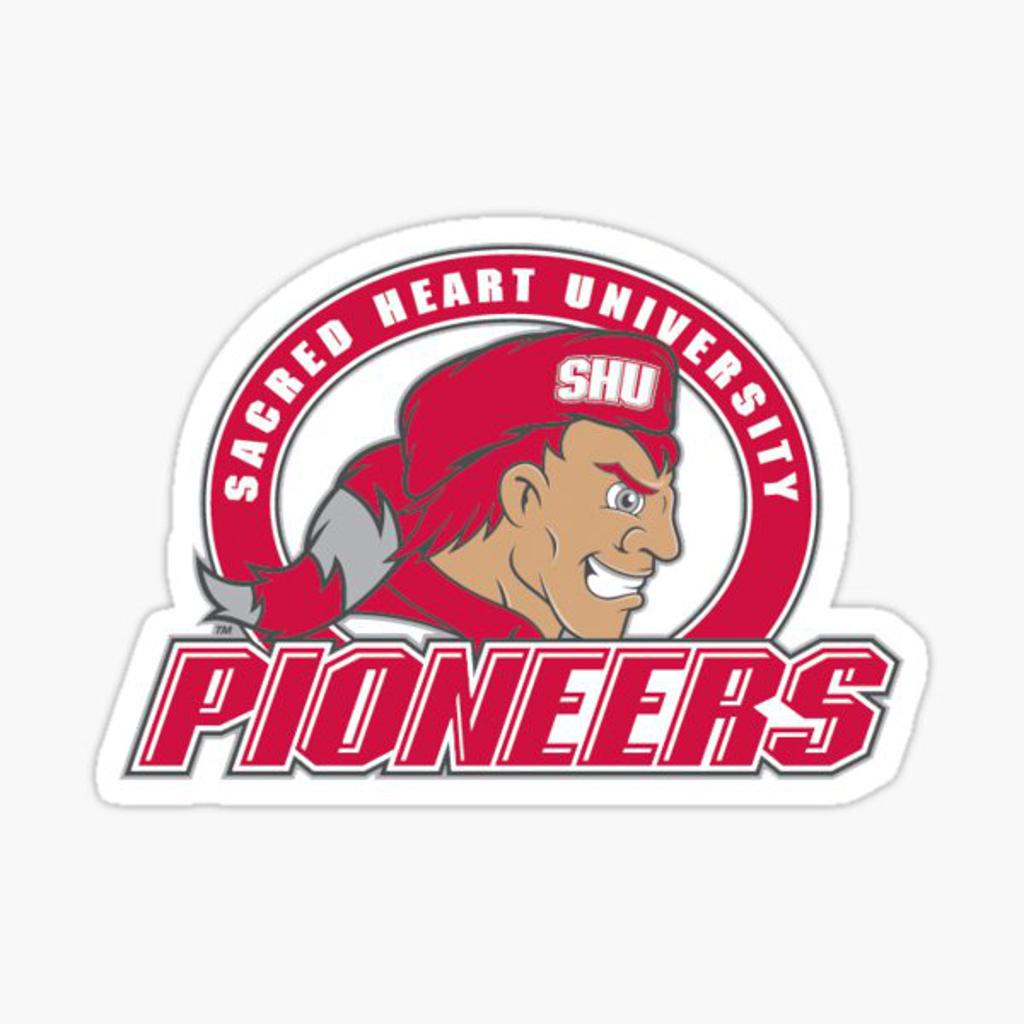 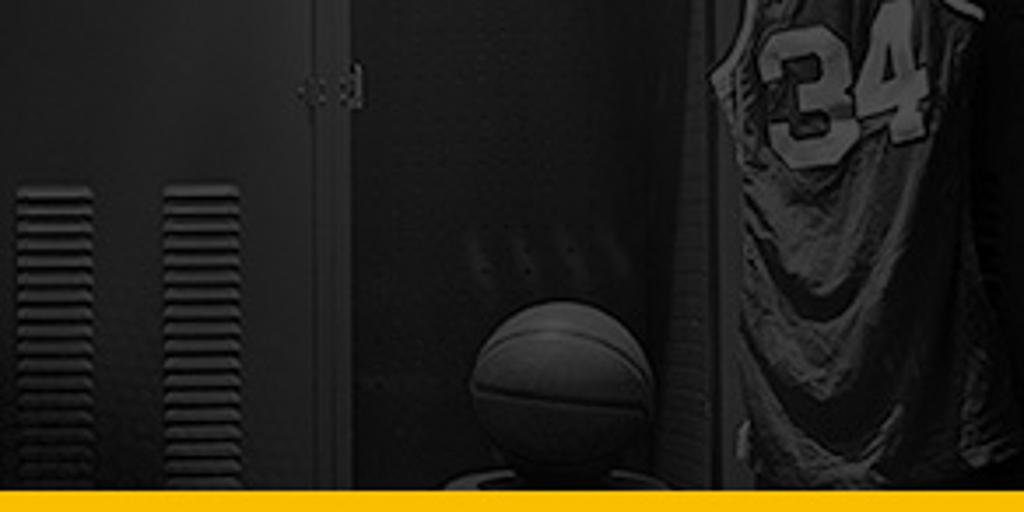 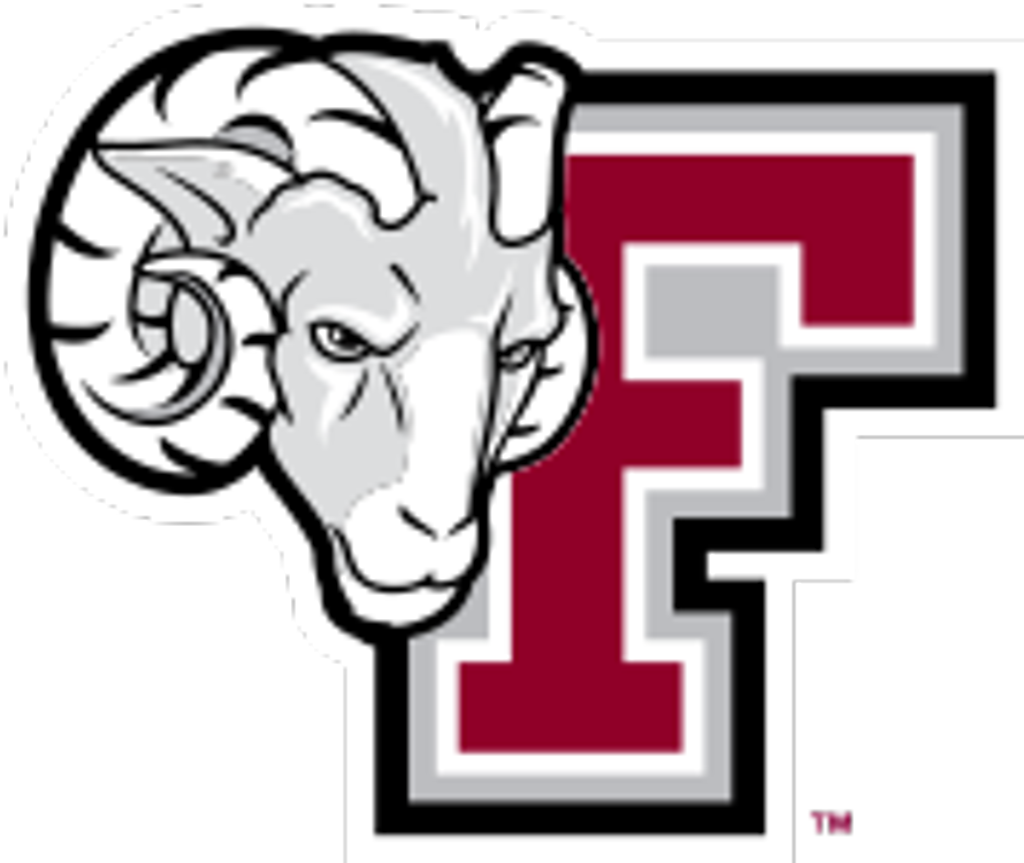 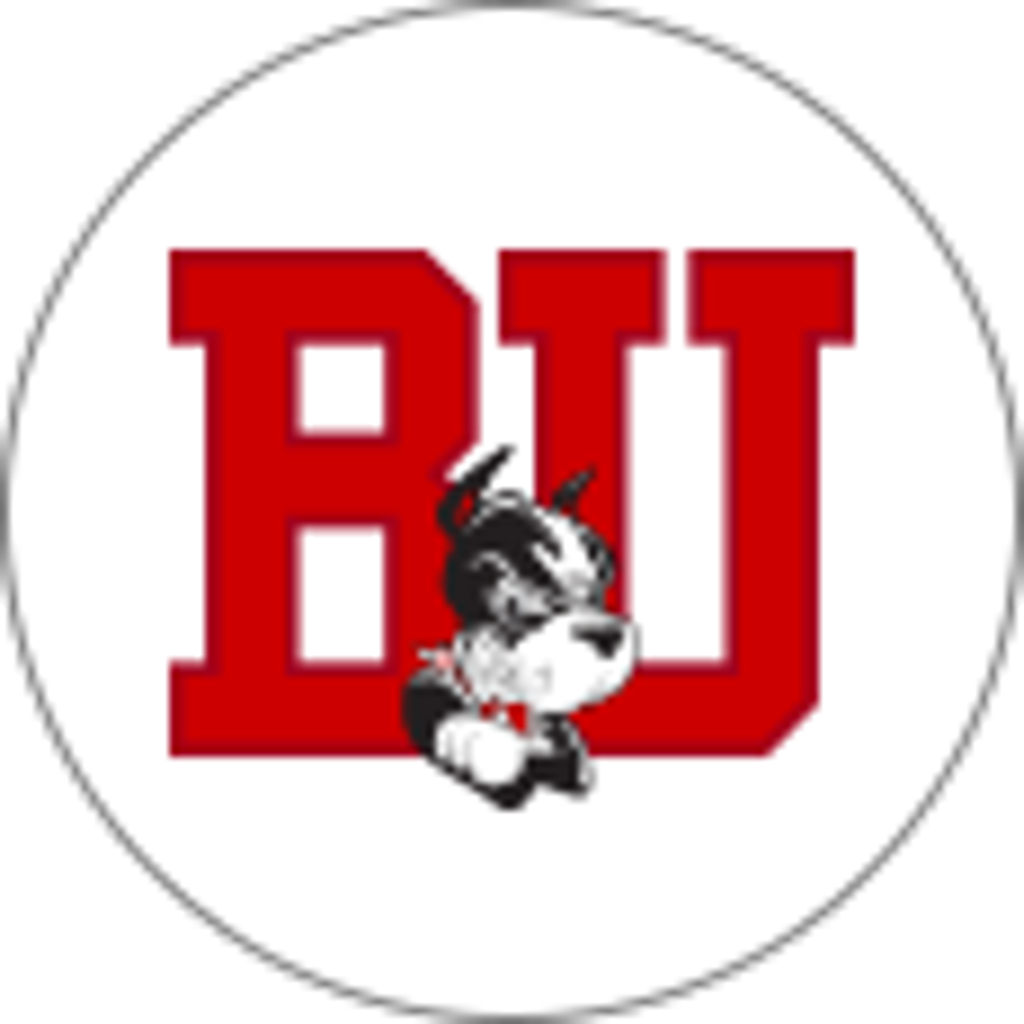 Stamford Peace Youth Foundation is a 501 (c) (3) not-for-profit organization reliant on donor contributions to finance the bulk of its activities.  Only a very small fraction of its costs are covered via participation fees charged to players. PEACE strives to make activities affordable for all who wish to participate.

Stamford Peace Youth Foundation, Inc., a 501 (c) (3) not-for-profit corporation founded in 2008, is dedicated to the philosophy that
"basketball is a privilege" - valuing consistent effort and achievement in children's core responsibilities in the classroom, in the community, and at home.